If I Were A Cup Of Coffee 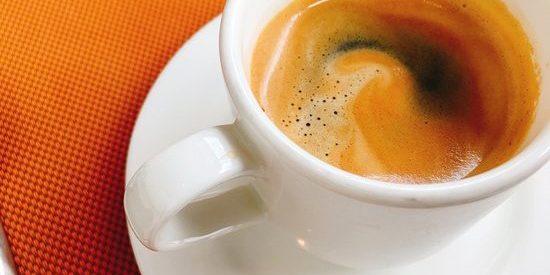 If I were a cup of coffee I would be an 8 ounce Americano. In my 8 ounce cup there would be just enough water to give me substance, but not too much that it would take away from the flavor of my espresso. I would have the perfect crema and the perfect smell. I would be an Americano that you could drink several cups in a day, but would not because I would be so tasty you would want to savor the flavor of every sip.
What would I expect from somebody that ordered me? I’d expect them to have some knowledge of where coffee came from, maybe a connoisseur of sorts. Someone that cares about what they drink and enjoys a strong cup of coffee. This person would have the intelligence to know how espresso is made and could recognize good crema when they see it, but also somebody that doesn’t like to drink me black. Don’t get me wrong, they would drink me black if they had to and they would enjoy it and maybe even treat me as if they were at a tasting for wine or beer. They might even talk about the tasting notes to a friend or maybe just have their own conversation in their head about what they like about the acidity, balance, and the finish of their Americano.
However, they would normally take it with a bit of half-and-half just to give it a little tiny bit of flavor, as well as take away a little bit of the heat that occurs from the hot water added to make me. They would rather me not be super hot so they can drink me right away, as well as enjoy the flavor of what they’re drinking.
They would order me first thing in the morning before they’re even ready for their day. They would get me in a to go cup to keep me hot, but then pour me into their favorite mug the second they got home. Before they went on with their day they would sit and take me in, knowing that their day will be better because of me.
Category: CoffeeNovember 7, 2019
Share this post
Share on FacebookShare on Facebook TweetShare on Twitter Pin itShare on Pinterest Share on LinkedInShare on LinkedIn
Go to Top